SaleBoards has a new name 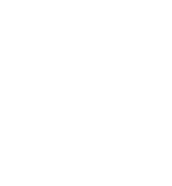 Stronger branding for our properties.

Back in 2007, when Jonathan and Laura Newall founded SaleBoards, the concept of an ethically based estate agency was seen as a novelty.  At that point, estate agents had just secured their position as the 2nd least trusted profession in the UK, only beaten to the bottom of the pile by politicians.  (And let’s not forget that the politicians probably only gained this accolade on the basis of the major expenses scandal!)  Very soon after the launch, SaleBoards attracted national press attention and was described as an Oxymoron in the Daily Telegraph.  The company strapline was ‘Putting Ethics Before Profits’.

SaleBoards launched with a completely revolutionary business model at the time, providing full estate agency services on a fixed fee with a rolling one-week notice period.  And on top of this, 10% of every fee went straight to charity – something else that was particularly rare in the sordid world of estate agency.

By 2008, SaleBoards had grown in magnitude and reputation.  They were finalists in the Federation of Small Business Awards as Best New Business and had out performed other local agents when they were mystery shopped by estate agency publication, Sold Out Magazine.  Given that nobody who worked for the company had worked in estate agency for more than a few months at this time, this was seen as a milestone in the company’s history.

Over the next few years, the company became known for providing exceptional standards of service at affordable fees and the standard package included 3D floorplans, professionally printed brochures and professional quality photography.  To ensure that sales progressed smoothly, an experienced property lawyer was brought on board, helping to reduce aborted sales and unnecessary delays.

After more than 10 years of trading and with a sterling reputation for customer service and honesty, the company launched a residential lettings department in 2017 and subsequently rebranded to Southgate Estates to fully embrace the way in which the company had developed.

Southgate Estates still retain so many of the original principles on which it was founded.  Fees remain competitive, the links with the charity in Uganda have grow stronger and the company continues to offer fair terms in all its contracts.  For buyers and sellers to whom integrity and standards of service are important, Southgate Estates are the natural choice of estate agents.

Click here to view some properties from our portfolio that have successfully sold.

New to Exeter? Our comprehensive area guides include plenty of information on housing, transport, schooling, businesses and leisure facilities. We even include some of our own favourites!

Enjoy relevant articles about property, the local area and developments at Southgate Estates.